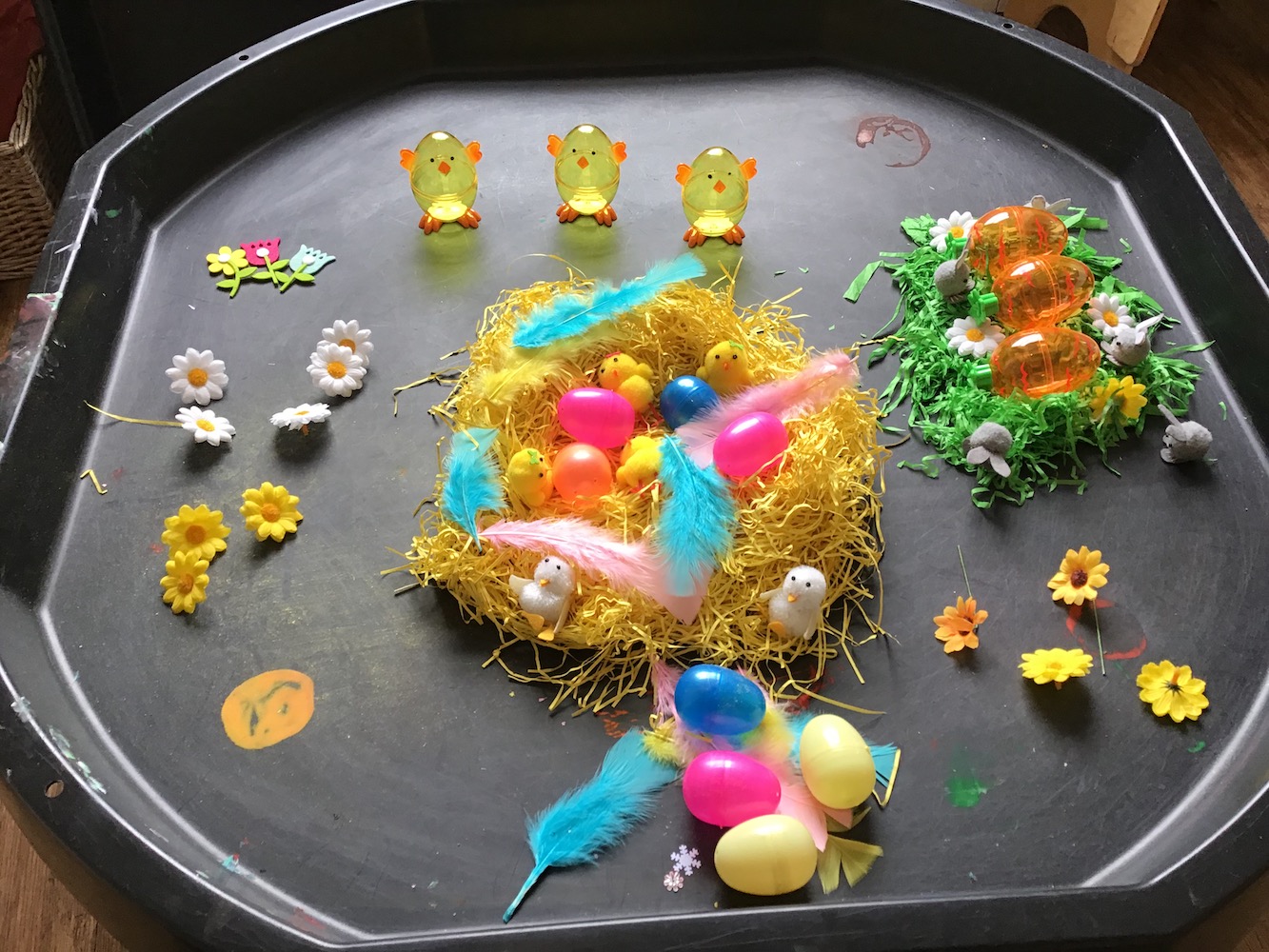 This week at Downend, there have been lots of Easter themed activities to get involved in!

Nursery explored a sensory tuff tray, filled with lots of different textures and sizes of objects to explore. The children picked up handfuls of straw, and carefully handled the flowers and small chicks!

Out in the garden some babies took part in an Easter egg hunt! They used their growing observational skills to spot the brightly coloured eggs that were hidden amongst the vegetable planters and up in the trees! They then collected them in a bowl to take back inside.

In the art studio this week the children also made some beautiful artwork with stamps! They were invited to use the foam shapes and brightly coloured paints, experimenting with mixing colours, and pressing and sweeping the stamps across the paper.

Kindergarten have also been mark making this week, using chalk on the ground outside. The children experimented with creating straight lines, curves, circles and more! As they drew they talked to the adults about what they were creating, and even managed to name some of the colours of chalk.

There were more opportunities for language development inside as the children explored an Easter themed tray. Some children were able to point out the feathers, flowers, eggs and bunnies and noticed the numbers written on the eggs! They then had a go at taking them all out of the egg box and back, counting as they went.

Some children also explored an 'Under the Sea' sensory activity using water beads. This was a strange new sensation for some children, as they picked up handfuls and felt the squishy, cold texture! They role played with the toy animals, moving them through the water beads and playing with their peers.

This Pre-School have been baking up some delicious Easter biscuits! The children helped mix the ingredients together and tried using cutters, pressing down and carefully lifting the shapes out of the dough.

In the garden Pre-School have also been taking part in egg and spoon races! The children showed great focus and determination, trying to keep the plastic eggs balanced on the spoons as they navigated walking around obstacles. Sometimes the egg dropped but the children were praised for continuing to try!

The children also took part in an egg hunt outside, searching high and low for the hidden treasures! The children were so excited to find them, and afterwards collected them together and counted out how many they found, and what colours they had. 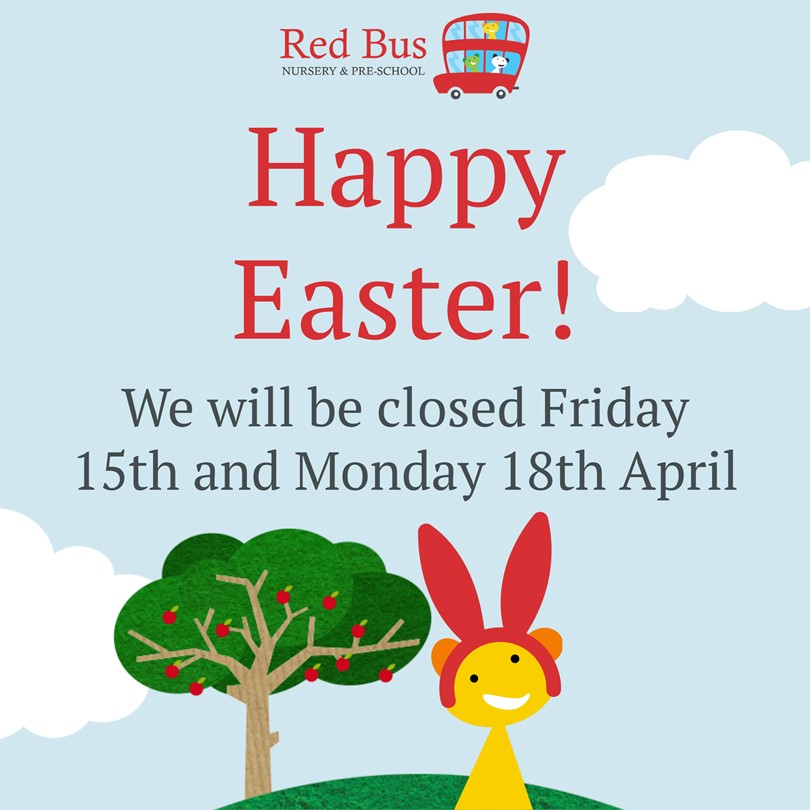