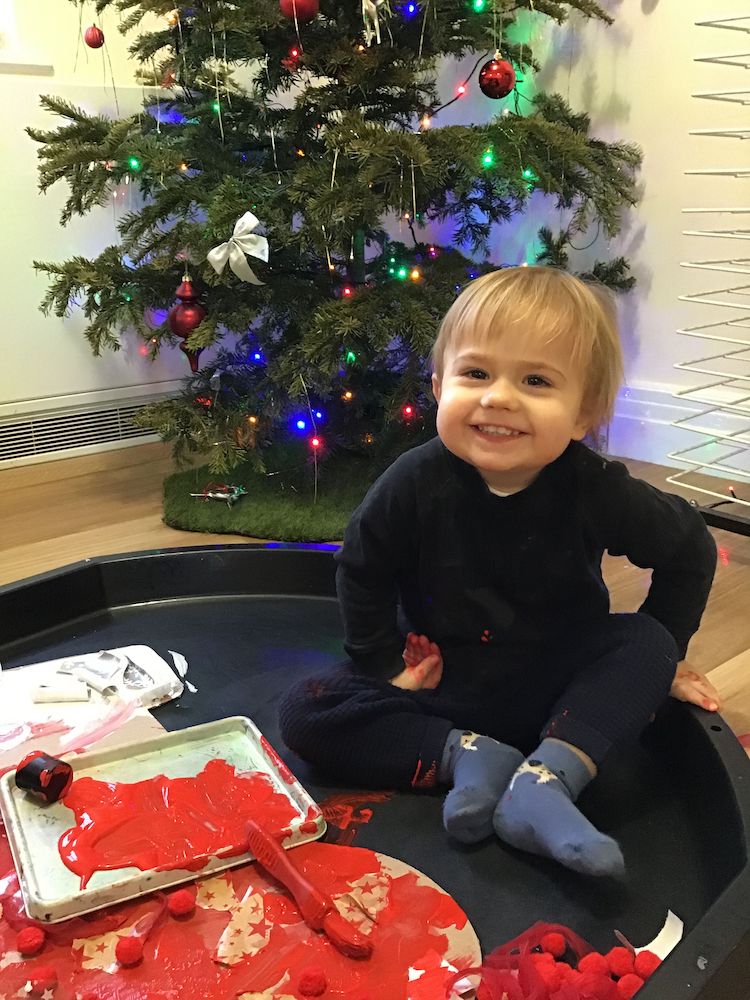 This week Nursery have been ever so busy with lot of festive activities! Some babies worked together to decorate a giant cardboard Christmas stocking. They used brushes and rollers to make sure the red paint was all over, then discovered they could stick pompoms, tissue paper and ribbons over the top!

We're all dreaming of a white Christmas, and this week the children explored some snowy invitations to play! It might not be the real thing, but they had lots of fun moving around in the flour, observing that they could make marks in it with their hands and feet.

There was more messy play with a soft and fluffy foam tray. Some children chose to use spoons to mix it all together, whilst some got stuck in using their hands to squish it all together!

Kindergarten this have been getting creative with playdough! They chose from lots of different tools, such as rollers and stamps, and decided what they were going to create. The children did a great job, making lots of wonderful creations such as snowmen, pizza, and Christmas baubles!

Earlier in the week some children got to explore the festively shaped stamps! They had a go at pressing them into paint and experimenting with dabbing them down hard and then gently, and moving them around on the paper!

The children also had great fun singing songs together! Each child got to choose a new song to sing, they all joined in and even managed to copy some of the Makaton signs too!

Pre-School have been feeling frosty this week, taking part in an ice experiment! The children used ice cube trays that were all shaped differently, and used syringes to get the water into each mold. The adults then put them into the freezer, and the children talked about what they thought would happen...the next day, they had lots of fun playing with the ice cubes, picking them up and feeling them melt and become very slippy!

In the art studio there was some wonderful teamwork as the children approached how they would paint a large cardboard box. They decided it looked like a chimney, so cleverly used construction bricks to paint on the pattern! Once it was finished the children took turns being Santa stuck up the chimney - hiding inside until it was time to escape!

There was even more singing in Pre-School this week as the children explored the percussion instruments. Everyone got a turn to experiment with the various noises they could make, and whether they could work out how to make them louder or quieter! They then sang lots of carols and tried to hit the instruments along with the rhythm! 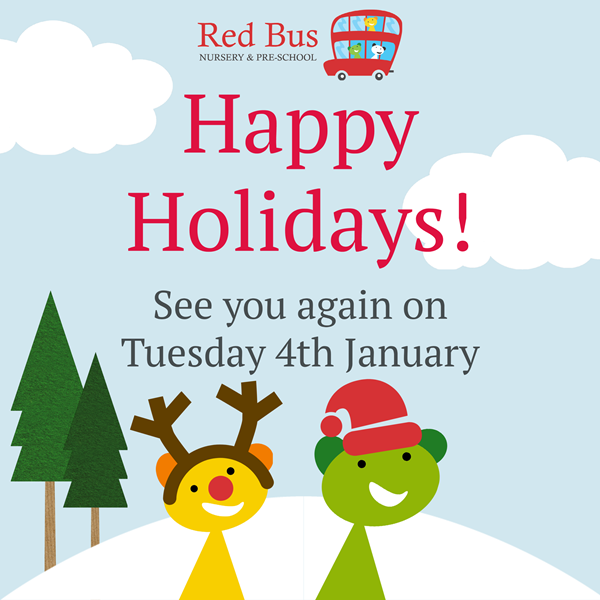