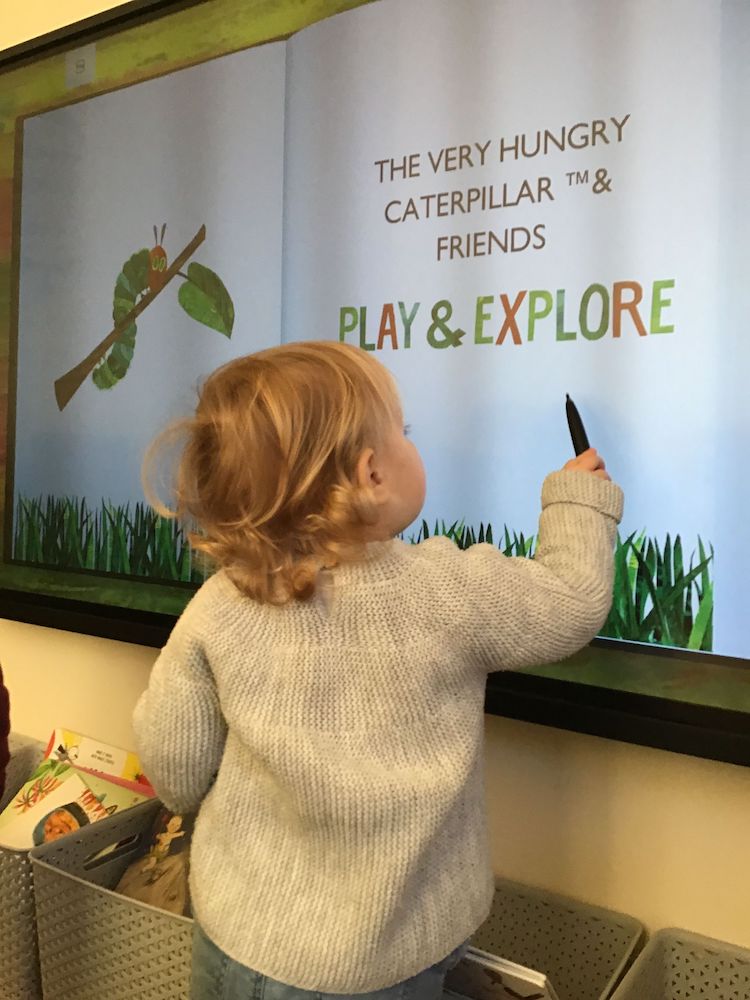 This week at Coombe Dingle, Nursery took part in a sensory activity with a tray full of shredded paper! The children loved scooping up big handfuls and throwing it into the air, and explored the wooden sensory shapes - looking through the windows to see all the different colours.

Some babies also got stuck into a crunchy bug sensory tray this week, searching through the cereal and picking up the different toy insects with their hands. They then used the bugs to crunch and move their way through the tray!

Nursery have also been using the Red Bus Library this week, being encouraged to independently explore the different books on offer. The children also loved using the interactive whiteboard, playing lots of different games on it!

Kindergarten have been getting intro construction this week, playing with the foam bricks, toy trowels and spades and the mouldable foam. The children worked out they could use the foam as a mortar, spreading it onto the bricks with the tools and working together to build a variety of shapes!

Kindergarten have also been developing their hand eye coordination with a threading activity. They watched as a grown up showed them how to move the pasta pieces onto the pipe cleaner, and each of them had a go at doing themselves!

Some children also explored a matching activity, each choosing a wooden spoon with a colour and number on it. The children then searched for the peg that matched the colour on their spoon, and tried counting out the right number of pegs to attach to it! The children focused really well on this activity and had lots of fun counting along with the number of pegs.

This week Pre-School turned into a hair salon, as the children met a mannequin whose hair needed styling! The mannequin (named Suzie by the children) had lots of different role play tools with her. The children took turns using them, brushing her hair and decorating it with rollers and clips!

Out in the top garden Pre-School went on a bug hunt! Armed with a ticklist, the children looked around the garden and thought about which areas they were likely to find some insects - they searched under the wooden logs, in the bark, and under the bushes. They found lots of spiders, ants and even a slug - they looked carefully at each of them, but left them happily where they were found!

At group time this week, some children took part in a memory game. There were lots of paper plates with letters written on them, the adults flipped them over and arranged them on the floor. The children then turned two over to see if they matched, remembering where each letter was and eventually matching them all up - great job!